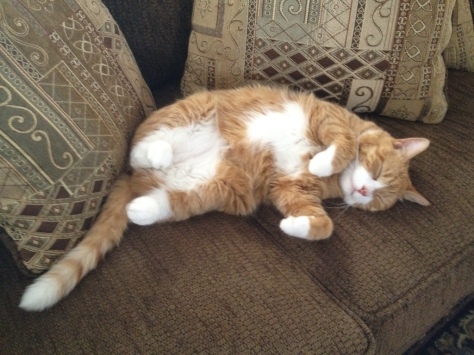 I realized the the girls had each gotten a post recently, so I decided that Tigger needed one of his own. The cute little orange kitty that isn’t so little anymore, but he is still a sweet, cuddly-double-dose-of-cuteness kitty all the same.

For those that don’t know the story, I did not intended to adopt Tigger. He was an “I can’t leave him behind/separate him from his sister” addition when I adopted Leia and Gracie. I actually saw Tigger first, but was just enamored by Gracie. Every time I went to see them (they were 3.5 weeks when I first saw Gracie and Tigger) they were together. Each picture of her has him in it and I just decided that I had to take both. The poor boy didn’t have a name for two weeks – he was just “the little orange kitty.” But he has grown into the sweetest, cuddliest (if the most skittish) and cutest of kitties. 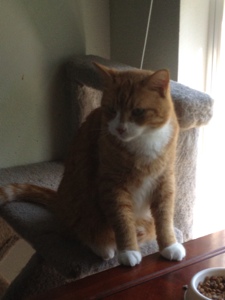 As a  kitten he would quite literally bounce around the house (hence the name); now spends more time curled in my lap than bouncing.

Or hiding in Jessie’s toy box. 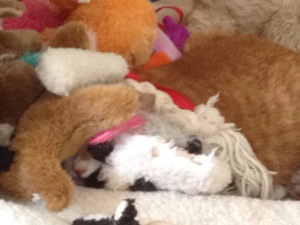 Mostly, he excels at being super cute. 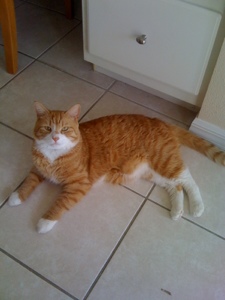 The vet called him “the perfect specimen of a cat.” I like to think so.