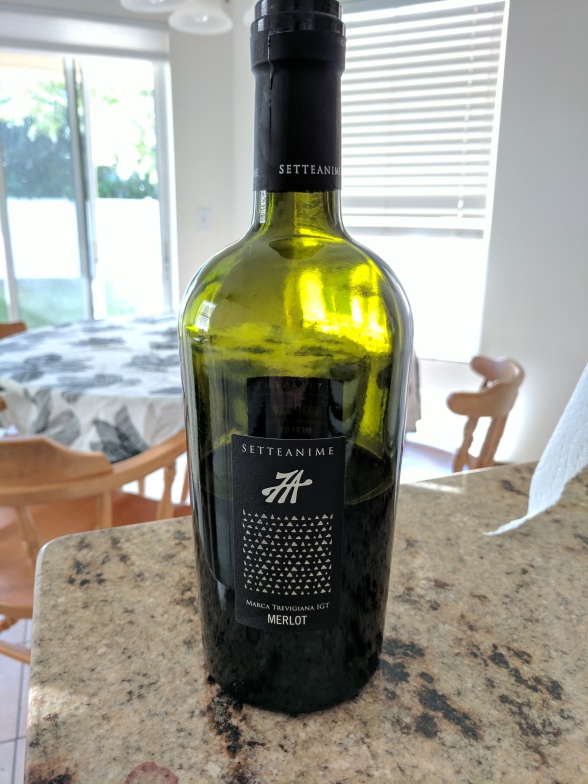 I find grits a little weird. Logically I know they are pretty similar to polenta, but there is something about how I’ve had them in the past that makes me pull out something else from the pantry when cooking. Doesn’t matter what, just not usually the grits. Bob, on the other hand, loves grits. He would love it if I made them on a regular basis, but he also knows he married a Jersey girl, so that isn’t happening.

But … every now and then I make them. I’ve made them with breakfast food and just with cheese per Bob’s request. I figured I earned the right to make them the way I wanted – with vegetables (or as Bob calls it – with food his food eats). 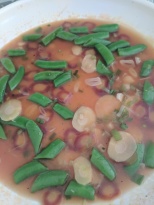 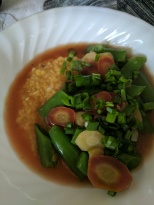 In a medium pot bring grits, 2 cups vegetable broth and a pinch of salt to a boil. (I was using regular grits so the cooking time was longer than some other versions. Reduce heat to low/simmer and cook, covered, for about 40 minutes until liquid has been absorbed. Stir well and return lid to pot and let it rest for about ten minutes. Stir in cheese and keep covered.

While grits cook, chop vegetables. Cut parsnip and carrot on the bias, chop scallions keeping light green and white parts separate from the dark green parts, trim snow peas and cut into bite sized pieces (usually in half) and chop or slice garlic and chop chives.

Heat a large pan with 1 tablespoon olive oil. When hot, add parsnip, carrot and white/light green scallions. Cook over medium high heat, stirring frequently, for 3-5 minutes. Mix cornstarch into cool or cold broth and mix well. Add garlic to pan, cook 1 minute more, then add broth and stir together. Cover. Reduce heat to low and cook about 6 minutes until carrots and parsnip are tender and broth has thickened. Add snow peas and cook, uncovered, for about 2 minutes. Season with salt and pepper if needed.

Plate grit in a shallow bowl or on a plate with a rim. Top with vegetables and broth. Garnish with dark green scallions and chives. Serve hot.

I’m not sure why but lately I’ve been eating my lunch at 10:30 in the morning. This, of course, leaves me with no lunch and really, really hungry by dinner. I’ve tried some granola bars or other snacks to keep the hunger at bay so I can eat lunch at lunch, but they just don’t work great. I use to keep bags of tail mix in my drawer at work, but then I end up eating half the bag which I don’t mind, but it’s not the best option, so I decided to make my own trail mix and portion it out so I just have a snack and not a meal.

When I did some reading on this, a quarter cup is considered one serving. I looked at my measuring cup and realized that was not going to work. It’s the granola bar problem – one “serving” isn’t enough to keep me until lunch and it barely touches the hunger pangs.  I decided to go for half a cup. More than one serving, but still small enough to count as a snack.

We have a few new grocery stores here and they all have good bulk sections, so early Sunday morning I headed to the closest one and kept my fingers crossed that it wasn’t crowded. I picked up a good amount of nuts, dried fruit and dark chocolate chips. Once home I ended up making two different versions of the trail mix.

This isn’t anything fancy but if it works its onto homemade granola next!

It has been a little while since I spent a day playing in the kitchen and baking. I’ve done some cooking, although not much really interesting lately, but I decided that with the latest cool snap it was time to crank up the oven and bake an actual cake.

robably anyone who grew up in the 70s and 80s remembers the orange Betty Crocker cookbook. I think every house had one and unlike a lot of cookbooks today that are specific to one type of food (grilling, vegetarian, sauces, desserts) this one has just about everything you can think of in it. It definitely reflects the times when you read through some of the recipes, but for desserts, for cakes, I love this cookbook. I found a copy at a used bookstore in California when I lived there (I think for a dollar since it was pretty beat up on the outside) and snagged it. While I don’t go to it often for meals, I definitely go to it for baking ideas. Classics have a place.

The cake came straight from the cookbook and I actually followed the recipe. For the icing, however, I just went with the basic buttercream with the caramel sauce I made a month or so ago that was languishing in the fridge. The result – a cake Bob called “excellent” and one of my “best efforts.” Given that he generally likes what I bake, I’m taking that as a high compliment.

Divide into pans and bake for 30-35 minutes. Cool completely before icing.

Beat butter until light and airy. Add caramel sauce and mix well. Slowly incorporate confectioners sugar until the icing comes together and no longer has a distinct butter taste.

Every now and then I come up with something that just works. It isn’t often, but sometimes I do. This was one of them.

At the farmers’ market I found these incredible yellow peppers and some heirloom tomatoes. The garden has given me kale and basil, so I figured I could make up something with all of those. Bob isn’t a huge fan of peppers, but the yellow and orange ones he can do, so I thought he’d eat the filling and leave most of the pepper, but he ate the whole thing. The peppers were incredibly sweet and the filling had a deep flavor that was great on it’s own, but complimented the peppers so well.

Keep in mind that this was something I threw together and all quantities are estimations.

Peppers: Cut the top of the peppers off and remove the seeds and veins of the pepper. Coat in olive oil and lightly salt. Roast in 350 degree oven while you prep the filling.

Pesto: combine basil, kale, lemon juice, garlic, almonds and a pinch of salt in food processor. Blitz until everything is finely chopped. Add 1/4 cup cheese and about 1/4 cup olive oil and blitz again. Adjust seasonings to taste. Set aside.

Couscous: Heat a large pan with a tablespoon of olive oil over medium high heat. When oil is hot add onions and tomatoes. Cook for about five minutes, pressing the tomatoes with a wooden spoon every few minutes to help them burst. (you could also chop the into small pieces then add them about half way through cooking the onion.) Season with salt and pepper. Add couscous and cook for two minutes more. Add vegetable broth and bring to a boil. Reduce heat and cook, stirring occasionally, until all liquid is absorbed, about 15 minutes. Remove from heat and stir in pesto and most of the remaining cheese.

Put it all together: Remove pepper from oven and carefully (they are hot) fill each pepper with couscous mixture. Sprinkle a little cheese on top and return to the oven for about twenty minutes. There should be enough filling left for a third pepper, but I took it for lunch the next day instead of making another pepper. 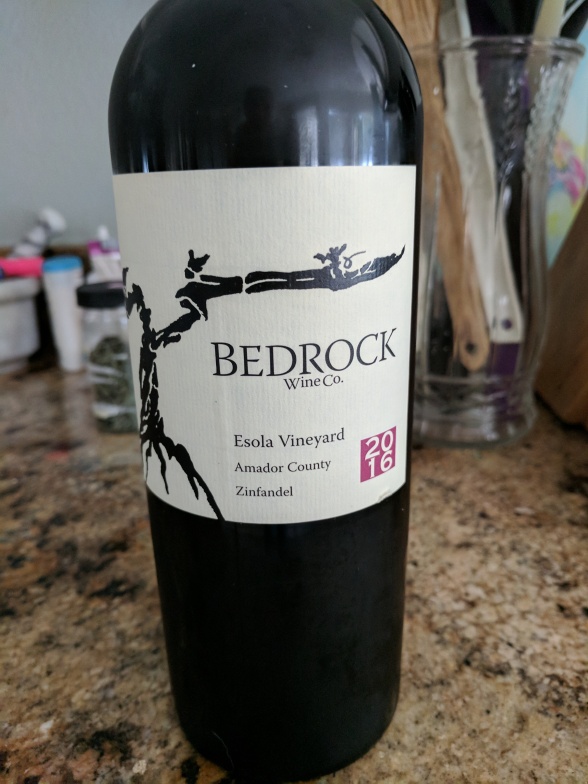