The last few weeks at work have been hard. Nerve shredding hard. I don’t think I cooked most of April and I actually started not having a drink, or only having one, at night just to make sure I still could. Could not have one, and could stop at one. I went to bed tired, I woke up tired, I felt like any little thing would make me snap and I constantly wanted to cry. I kept thinking the gods had more faith in my ability to handle stuff than I actually could. And Wednesday of last week almost broke me. But, as I FINALLY got back into my office about 4pm (I left it before 9) there was a beautiful bunch of Lilies on my desk. I was terribly confused until I read the card -Bob sent me flowers just to make my day better. For those of you who don’t know Bob well, this is unusual. As in he told me on one of our first dates that he doesn’t do cards or flowers. In the six years we have been together this is the only time he as ever given me flowers. I sat on the floor in my office and cried. But somehow the day, the week and the month just got a little easier to deal with. It didn’t make anything go away. I still had to deal with everything, but my nerves didn’t feel frayed for the first time in three weeks. The woman who has the office next to mine came in and asked what was wrong (She has never seen me cry). I just showed her the card and pointed to the flowers. She told me to, “Damn it, now I love your husband too and I don’t like anyone right now.” A little thing made a huge difference.

The cats have been having a fantastic time in the tree lately. The tree is their little thing to brighten their day. The poor birds are a not finding it as amusing as the cats, but they did build a nest in a tree with three cats in the yard. 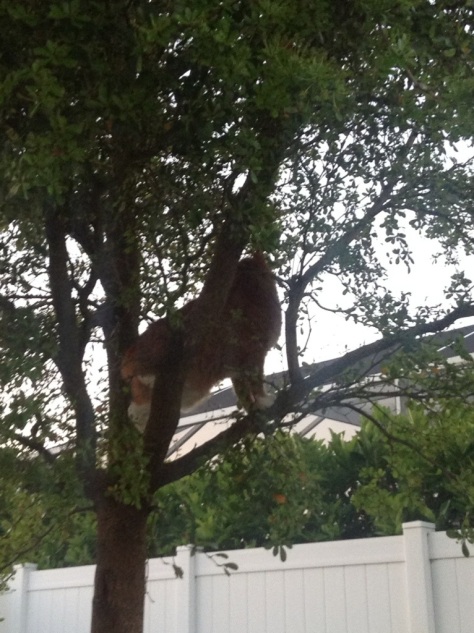 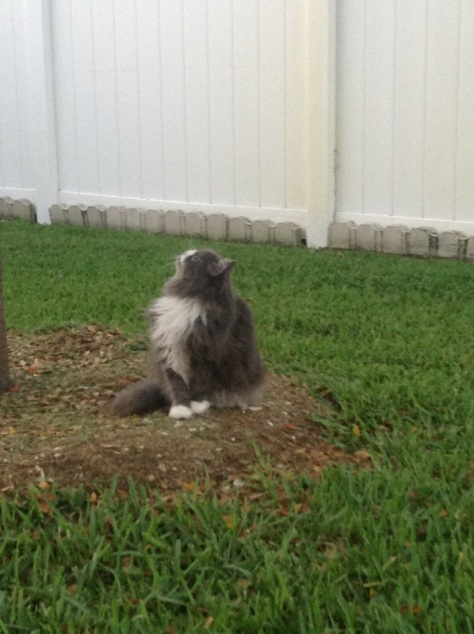 Tigger and Gracie haven’t let Leia in the tree very much, but she still finds ways to enjoy it. Tigger has gotten out further on the branch than I expected for a cat his size, but so far the nest is fine.

On Saturday I introduced Bob to the Toasted Mango. This is a breakfast/brunch place near Mom and Dad. The food it fantastic …. and it looks pretty too!

I’m hoping to cook a little more in the coming weeks. I started today with BBQ beef sandwich and Asian Slaw.

Not bad, but not as creative as I would like. Look for zucchini and tomato fritters and honey ginger chicken this week.