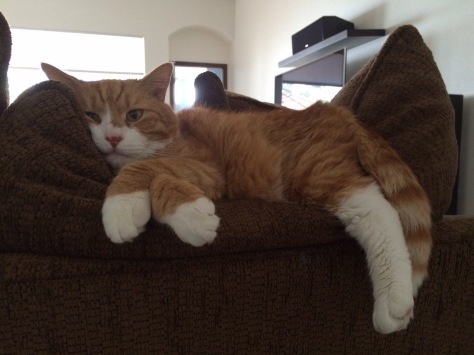 I really should not be allowed two weeks at home with no project. I really, really should not be allowed at home for two weeks with no project and two colds. Not feeling up to leaving the house combined with the verge of boredom means I have lots of time to peruse cookbooks, blogs and websites for cooking/baking inspiration. I end up wanting comfort food, but not a lot of it, and sweets even though my stomach will rebel. So far I’ve managed:
Brownies
Coffee Cake Muffins
Coffee Chiffon Cake (with mocha icing)
Beer Bread Muffins
Caramel Corn (aka crack corn)

This does not include the actual food experiments.

Sobs noodles with a Kung Pow sauce. I also managed the butternut squash and noodles in the Buerre Blanc sauce and an Asian tofu dish I was desperate to try.

My cookbook calls it Mapo Doufu. I call it tasty looking so I had to try it. This did require acquiring Szechuan Peppercorns which look a lot like regular pepper, but taste nothing like pepper. Apparently they are a staple in Chinese cooking and related to citrus. Or so says my cookbook. 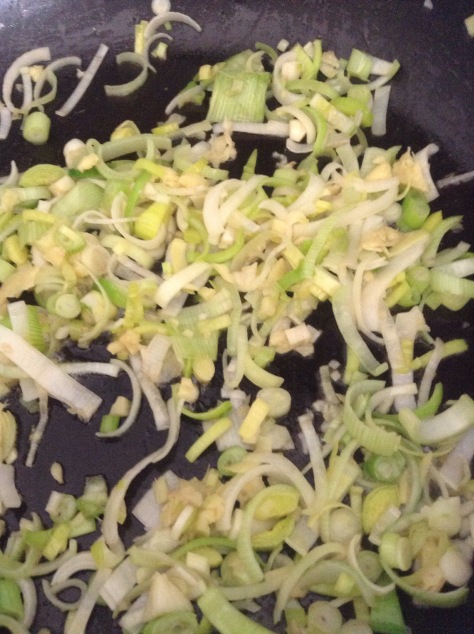 After picking up a jar at the local spice store on the one day that I didn’t feel sick, I started the dish. Into a hot pan (with sesame oil) went leek and scallion – the white parts of each – with garlic and ginger. Cook until soft then add tofu cut into chunks that has been marinating in soy sauce, garlic and ginger.

I cheated here and bought the diced tofu instead of the regular block. Same amount, same cost, less work for me. To this I added a teaspoon of the peppercorns, ground with a mortar and pestle and strained so as not to get the hard casing.

Stiff and let cook a few seconds then add one cup vegetable broth, one teaspoon chili garlic sauce and two teaspoons of black bean sauce. (The last two ingredients are in the Ethnic aisle of most grocery stores.) I let that cook for about ten minutes, letting the sauce reduce and thicken just a little. 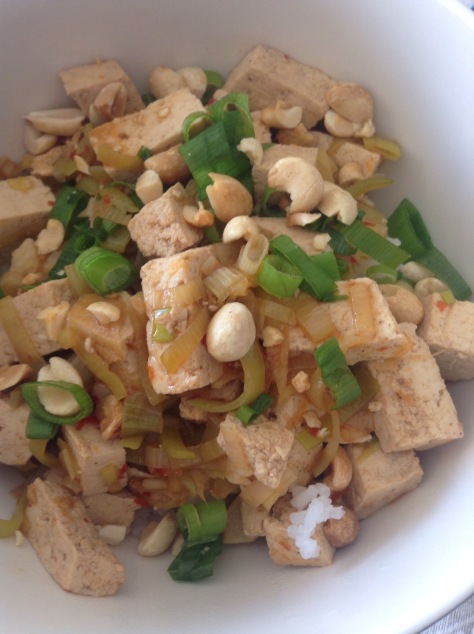 I played that over rice and topped it with some peanut and the green parts of the scallions. It was a pretty dish, a tad spicy and really good. Bob liked it – didn’t mind it was tofu – and we put it on the make again list since it was fairly quick and easy.