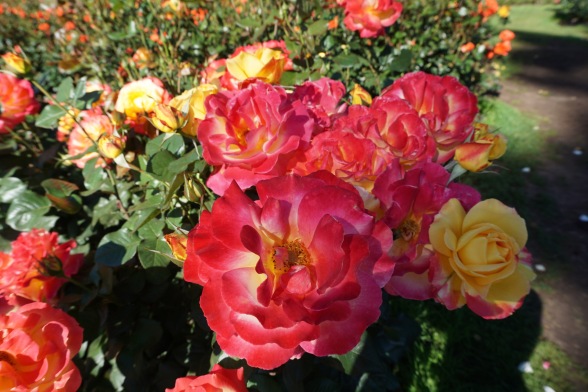 A few months ago Val texted me and asked if Bob and I would like to join her and Bill in Portland for a beer festival. Portland has been on our travel list for a while, but when Val asked, we still had Jessie and were pretty uncertain about what we could do. I also had to look at my school stuff and figure out if I could make it work. Well, with Jessie no longer with us, we started talking about it and looking at it and decided, sure. We can make this work. 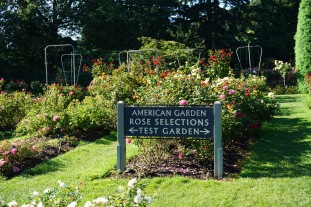 There were two things on my list that I absolutely wanted to do. One was a wine tour (more on that in another post) and one was the Rose Garden. I *love* flowers and roses, while not my favorite flower, remind me of dad and grandmom. I still remember dad pruning the tea roses out front of the first house we lived in and mom’s mom grew these bushes of roses that always just amazed me. On our first full day in Portland we walked to Washington Park and hit the rose garden first. I could have spent the whole day there. 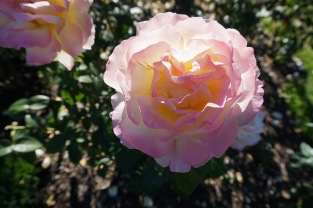 The rose garden is probably not as huge as I imagine it, but there were several sections including test roses and gold medal roses. There were roses of every color, of every size and they were all in full bloom. I actually stopped and smelled the roses. And lingered and took pictures, but really, I just basked in the roses.

The Rose Garden alone made going to Portland worth it. And this is coming from someone who usually plans trips around food and history. But for Portland, it was the roses. And the wine, but again, that is another post all together.