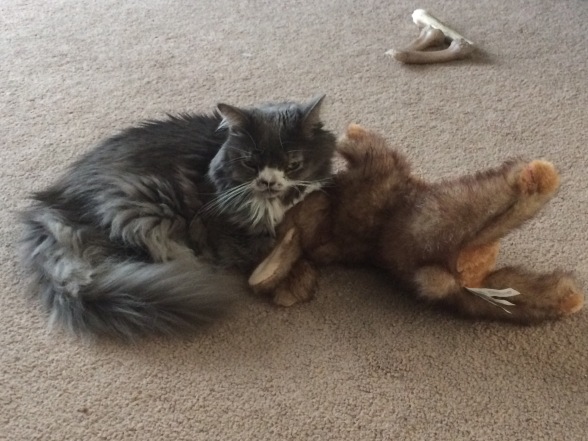 The week of the November holiday that I shall not name, Bob and I noticed Leia was not doing well. She wasn’t eating much, didn’t have a lot of energy and had stopped cleaning herself. When she refused kitty crack (aka hairball malt) three days in a row, we knew we had to take her to the vet. I’m going to admit to being weepy and scared at this point since this year wasn’t so good for my babies, and bad things seem to come up during this time of year. 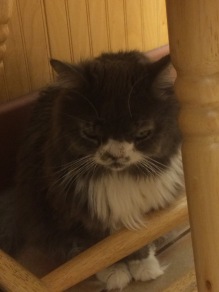 The vet checked everything you should check for a kitty that isn’t eating and it turned out her kidney values were really high. This , combined with her three pound weight loss, was just about the worst news I could think of given what we knew of this from Jessie last year, but cats can come back from kidney issues in ways dogs just can’t. If this is an infection, she can recover. If it’s chronic, she won’t.

The vet recommended checking her into the kitty hospital over the weekend for IV fluids and monitoring. I really didn’t want to do this, but Bob wanted to give her the best chance we could, so we took her. The hospital was great, and sent up updates on how she was doing and then transferred her back to my vet Monday morning. Turns out my little kitty had a really bad kidney infection with multiple kinds of bacteria. She gets a double dose of antibiotics to make sure we wipe the infection out, but she should recover. 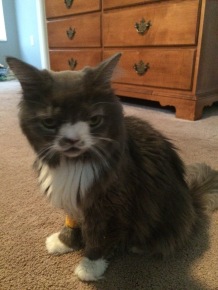 Leia, as many know, is a scrappy little kitten. Abandoned by her mother at just a few days old, the vets didn’t give her much of a chance early on. She was bottle fed by a kind women until the rescue could take her – she didn’t want her and her brother to go to the shelter because she knew they wouldn’t make it. She survived that, she thrived despite her nose issues and she has done really well for ten years without much intervention. This was the first time she has been really sick since I brought her home, but she somehow manages to surprise everyone. 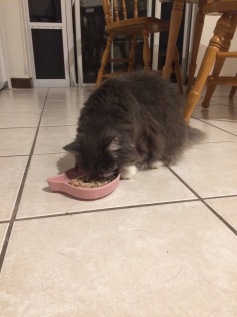 She is back to eating and drinking normally and she loves the new kidney care food the vet prescribed. I was shocked since Jessie wouldn’t touch the stuff, but Leia loves it. We are transitioning both her and Tigger to an all wet food diet and they love this. I am hoping that between the antibiotics, the other meds and a little TLC she will be around for another ten years. She is a scrappy little kitten, and one everyone who meets her adores. Even the vet tech who doesn’t like cats, liked Leia. 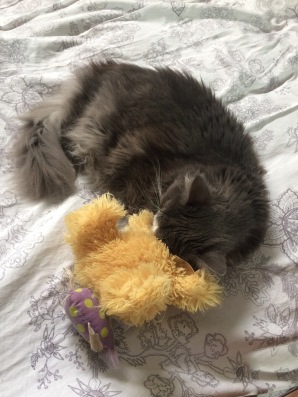