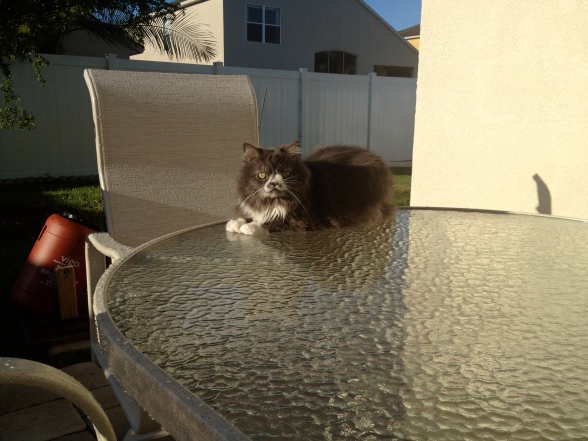 We made it back.  After a week of travel and adventure, it was lovely to sleep in our own bed with a few furry creatures happy to see us and just a little bit clingy.  Bob and I both commented that this is the first time we have ever gone away for a full week and were not dying to get home by the last day – we could have stayed another day or two and been perfectly fine.

The trip back was a little more eventful than the trip over.  Plane delays and what ended up as a tight connection was a little trying.  The biggest delay came at Passport Control at JFK.  Let me state, for the record, the people working at Passport Control, Customs and Security were wonderful, kind, patient and incredibly professional people.  Every person we interacted with was polite, articulate and calm, which is more than I can say for some of the passengers they had to deal with.  The first problem came with several international flights (5 I think) all landed at roughly the same time.  Flight delays can screw up people, and this was no different.  Because we did not have a “tight” connection (3 hours) we were in the general line.  Those that had to rebook due to the very late (5 hour delay from Denmark) or those that had a 2 hour or less connection were taken first.  I applaud this even as others grumbled about it.  It took us about an hour and a half (not bad considering the circumstances) to clear passport control and mere minutes to clear customs and security.  But then came finding our gate.  We had one gate listed; got there, it moved; got to that gate and it changed again.  I think we had three gate changes in JFK and they were not exactly close to each other.

But … we are home and the pets are hanging around us today.  Mom and Dad are coming up for lunch and my entire plan is to post pictures from the trip in a gallery page.  Well, that and help the lizard Tigger just brought in escape.  Welcome Home indeed!

Emmie and I have a plan (which we think makes the boys nervous, but hey – that’s our job).  We are both going to attempt to learn French (she has a much better shot at this than I do, but I’m going to try it) and then we are going to plan next year’s trip to Belgium.  Bob and Brad are allowed to attempt the French also, but if they choose not to, we will just talk about them in French and smile mischievously from time to time.