Note: I had to create this post in a few stages due to no Internet connection at the hotel. So … some if the pictures are not exactly with the text, but the general idea is still there.

Edinburgh is one of my favorite cities in the world. It ranks right up there with Washington D.C. for me; while Bob appears to like the city, he is slightly less inclined to move to a place where the summer month still require a coat and sweaters. That and the whole "find a job" thing keeps us on Florida (and furry creatures that would not take a move well).

The trip to Edinburgh was a bit more eventful than I would have hoped. There were several exits closed on the M4 (I think that was the road) and then came trying to figure out Heathrow. We traveled on one airline, but apparently the flight was taken over by British Airways, so we needed to check in with them – which I did not know until a very nice gentleman told us. Then the information board told us to "wait in Gate 8," which we did (and were able to watch the remainder of the Wimbledon finals) but then it changed to "boarding at Gate 84" without warning. It didn't help that the sign indicated it is a 10 minute walk to gate 84 and boarding closes in 7 minutes. We were fine, but for someone who is compulsive about time, this was not good.

The rain also followed us to Edinburgh. It was clear and sunny until Monday when we arrived and managed to rain most of the day. Not hard enough to deter us, but enough that I know it is raining and cold (yes, I am a wimp). However, despite the dreary conditions, we managed to walk to Edinburgh Castle and enjoy the sights for a few hours. There were lots of people there, more than I remember from the last trip, but not so bad that you could not see anything. And, as I told Bob before coming here, the views from the castle are simply amazing. 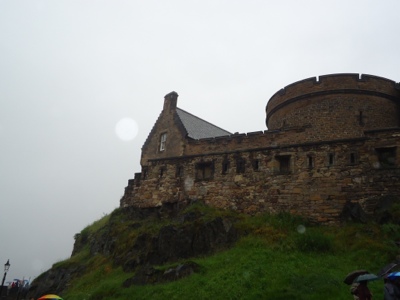 We also strolled through the Crown Jewels of Scotland exhibit. While there were some lovely pieces, I do contend my ruby wedding ring beats the ruby ring of the crown jewels. Hands down, no competition. And yes, I am biased on this. 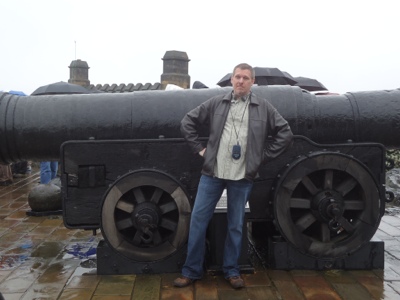 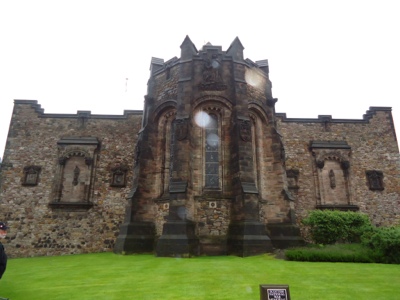 We also trekked to the Royal Botanical Gardens. I love gardens (D.C. has one of my favorite) and could wander them for hours. In this case, we wandered for quite a long time to get there as the gardens are not exactly in the tourist section of town. But … the trek was well worth it. There was an amazing Chinese garden and pond, a lovely Alpine flower display, a berch wall and, most impressive, the Queen Mum's Garden.

This is a tribute garden dedicated to the Queen Mother and it contains some of the most beautiful flower displays. I don't have a picture of the overall garden due to the loud, obnoxious, running and screaming teenagers that were there the entire time. But I did managed some lovely picture of the flowers. Just not one of the garden in it's entirety. 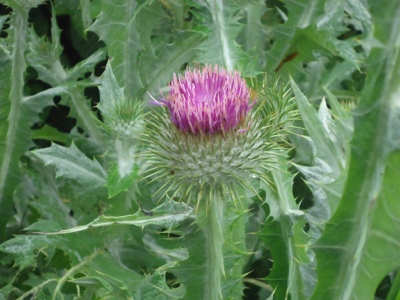 After the trek to and from the gardens, (uphill both ways in cold and rain, so Toby, you are never again allowed to complain about the 50 blocks in New York) we were ready for a nice meal. We had reservations at the North Bridge Brassier. I had looked around for good food options that a) had a nice wine selection, b) were in the city itself, c) had good reviews and d) were open Monday evenings. I came up with this one and hoped the food would be good. It did not disappoint. I will say, however, that (as much as it pains me to say it) Bob may have won the best plate of the evening award. I'm not saying he did, just that he may have. My dish was good, but had the chicken not been there, and I just had a plate of the accompanying food, I would have been a happy girl. Bob's pork belly on the other hand, was the star of his plate. Well seasoned, cooked to perfection and so good he did not want the meal to end. I felt that way about my dessert. Really, how can you go wrong with dark chocolate, marshmallow cream and yummy goodness in one cup? Answer – you can't.

While we may not be moving to Edinburgh any time soon, it is on the list for visiting again. I'm just hoping it does not take another decade to get back here.