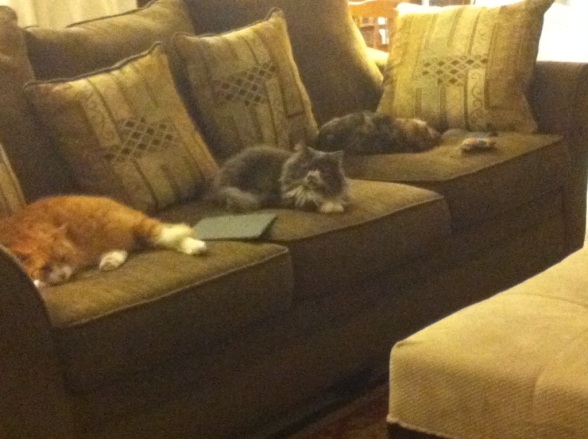 Cats are the teenagers of the animal world. They are moody, needy, insistent little things that eat way more than their size suggests and they stay out way too late and become so very cute and cuddly when they want something. 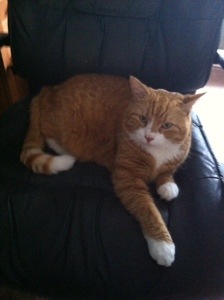 Tigger is a particularly interesting case. He is a rather large (yes, probably fat) cat, especially when compared to the other two. He is super friendly and cuddly with me – a regular lap cat. 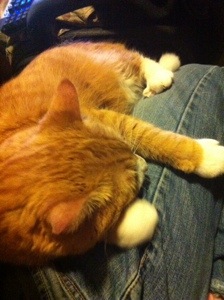 When Bob and I sit on the couch he curls up with us and you can do pretty much anything to him. Mess with his ears, hold his paws, move his tail … he just rolls over and requests a belly rub. 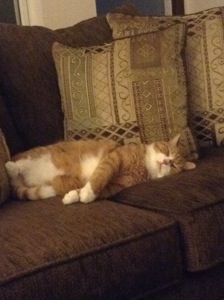 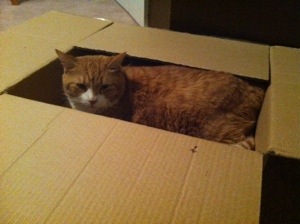 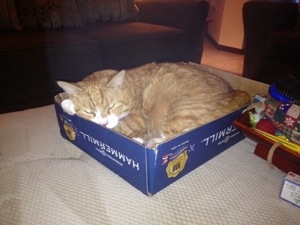 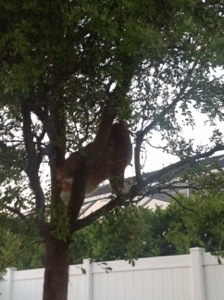 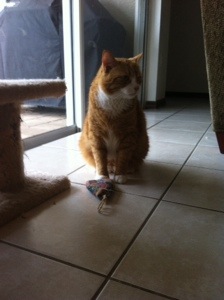 But have company over? Have anyone including Mom and Dad in the house, and he hides under the bed. Look at Tigger when walking by him (or just walk by him) and he runs like his life depends on it. I’m pretty sure Val and Bill have not seen him in person as he is just the scared-y cat of the bunch. 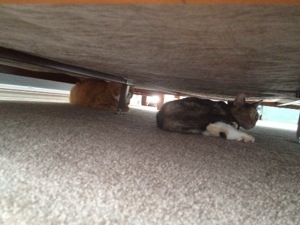 I suppose that isn’t a bad thing in the grand scheme of things; after all he is a cat. 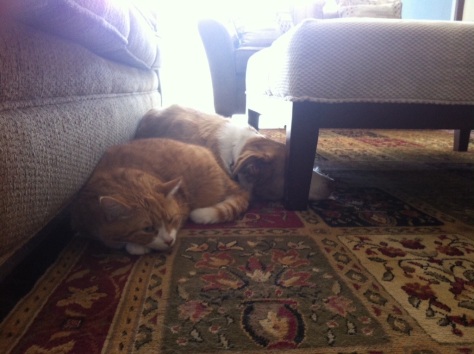