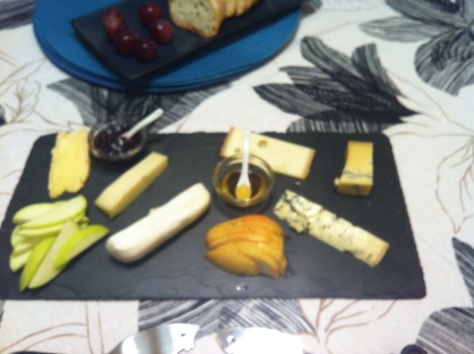 One of the best things about having a great, local cheese shop is getting to know the owners and having the owners know you. We have that and I have to say, I think I benefit the most from this relationship.

We picked up our January Cheese Club box this week and since there was a blue cheese, Louise included a Point Reyes Toma just for me. She knows I don’t do blue cheese so she included a little something extra. She even wrote on the tag my name. I told Bob he got all the blue, I get the Toma. It was rich, creamy, smooth and so tangy and good, I loved it. 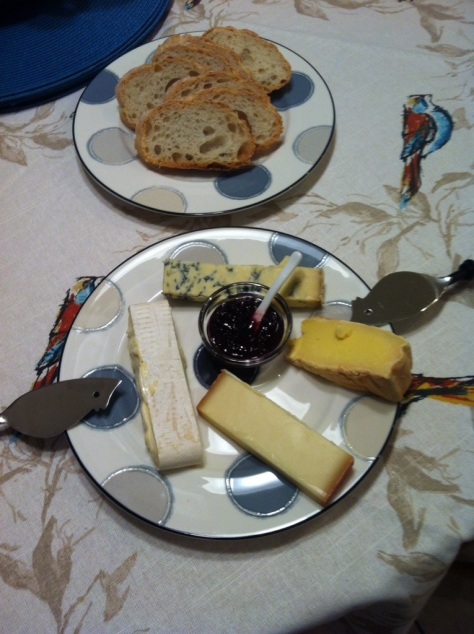 When we pick up our box we tend to do a simple dinner of cheese, wine and accompaniments. This month was no different, except we did it two nights in a row. So what did we have that was so fantastic? Well …

Challerhocker. I had never heard of this little cheese from Switzerland, but it will change the way you think about Swiss cheese. It has none of the waxy texture or flavor I generally associate with Swiss cheese. It did have the holes though – just a few.

Colts on Bassett Stilton. As much as I loved the Toma, Bob loved the Stilton even more. He raved, gushed and swooned over this cheese. He almost had me wanting to try it, but … well … I don’t do blue cheese. But he swears this was the best blue cheese he has ever had.

I have done some cooking this week. I made a nice vegetable curry. 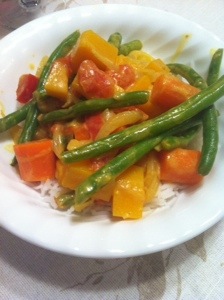 I also did a corn chowder. I do think this one came out a little thin, but I followed the recipe almost exactly. We loved the flavor and it wasn’t hard to make, but I still think it needed a thickening agent. Maybe start with a roux instead of plain butter. I added some pork I had in the fridge for Bob. 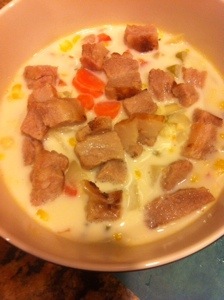