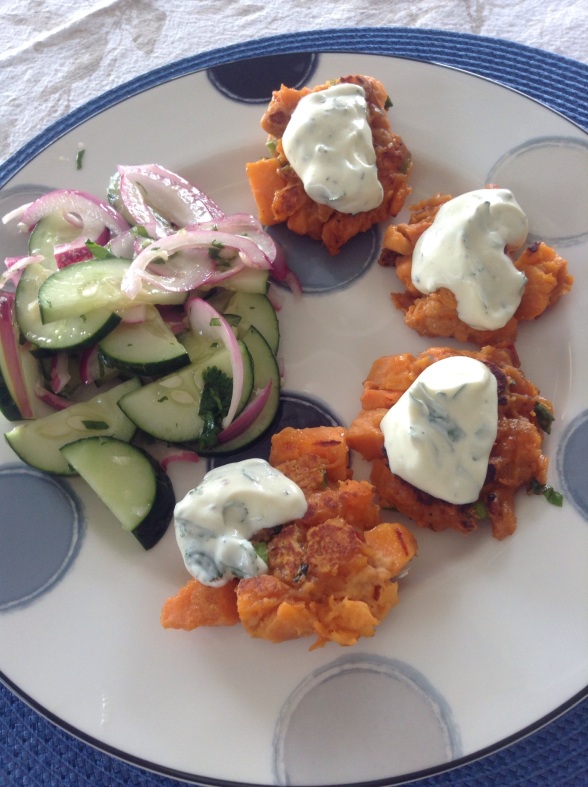 It has been one heck of a week – in a good way. While I started the new job last week with orientation, this week has been prep week. Lots of meetings, lots of new faces and lots of planning. I’ve discovered one or two things along the way: 1) When I’m not the one in charge I can actually let go, not worry and just do my thing. 2) I can plan and plan but in the back of my mind I know half my plans will be thrown out the window as soon as the kids arrive. I’m ok with that. 3) I missed working as part of a team and letting other people help me. It’s weird to be the new kid and accepting help rather than constantly giving help, but it’s really nice too.

Needless to say all of this has decreased my stress level significantly – and that is a very good thing.

I didn’t have the mental capacity to do a ton of experimental cooking this week, but I did make one dish that I was particularly proud of – Sweet Potato cakes with a Cucumber salad. These two recipes were again found in my Plenty cookbook which so far has a perfect record. Every dish I’ve made from it has been fantastic. 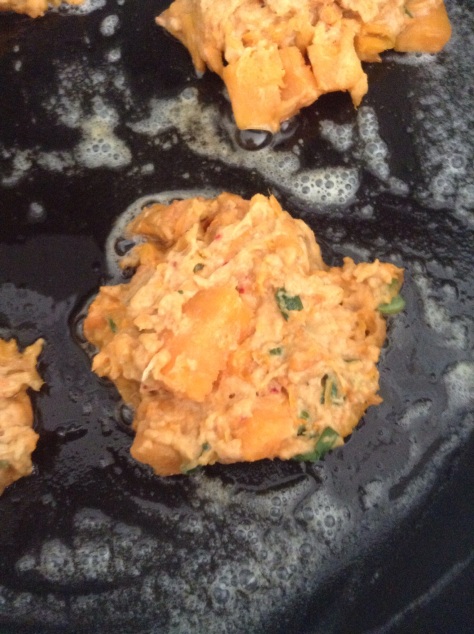 The salad was cucumbers and red onion with ginger, garlic and a rice vinegar dressing. Simple, clean and a nice pairing with the cakes. Best part about this dinner was the leftovers for lunch the next day. 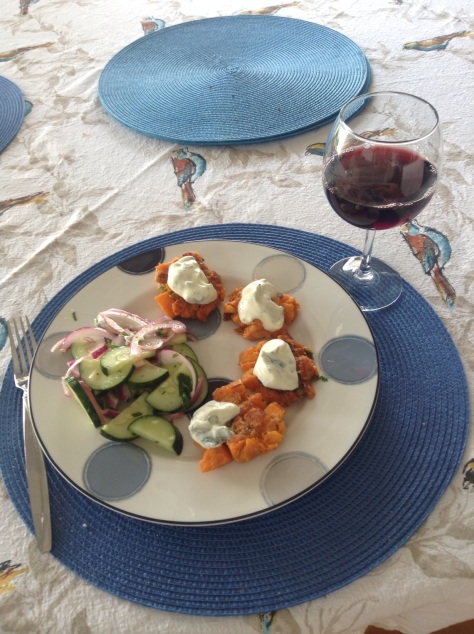 I was going to make dinner last night but after standing for three and a half hours at work (plus everything else I did) my feet were killing me. So Bob and I decided to head to our favorite cheese shop for a cheese plate dinner. Louise makes up a great cheese plate (she gave Bob a little blue cheese, but put a little something extra on there for me since I don’t do blue cheese) that was simply amazing. We had an ash ripened goat cheese that was one of the best I’ve ever had, an amazing sheep’s cheesed a Camembert like cheese that blew everything else on the plate – as good as it was – totally away. There were also two hard cheeses, one cheddar like cheese and a Toma we’ve had before, that were great, but after the soft cheeses …. well, they were not the stars. The soft cheeses were so good we picked up a bit of each for this week and I’m making beer bread today to go with them. 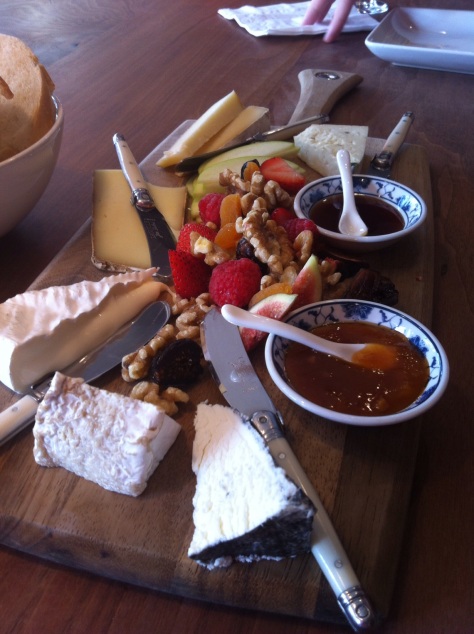 Is that not just a beautiful cheese plate?

The kids start school Monday so I’m hoping to get one or two new dishes in before my brain shuts down. If not I always have cute cat pictures to post, I suppose. 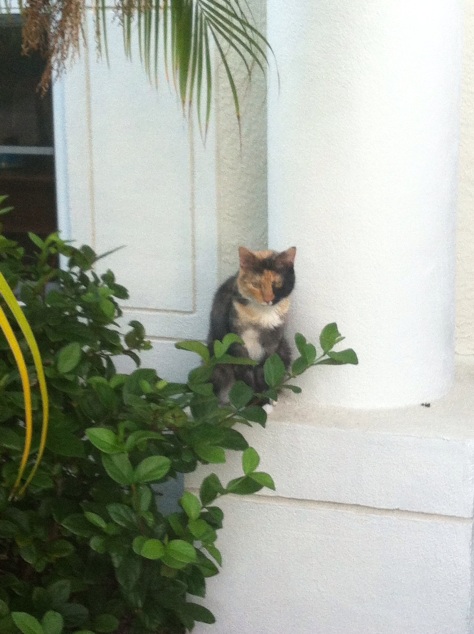 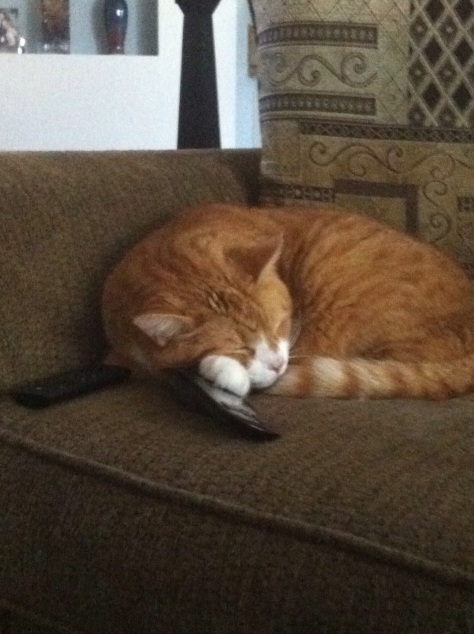