The stated purpose for the Portland trip was a beer festival. Val and Bill decided they wanted to see Portland and found a large beer festival to determine the timing. Since Portland has been on our list, and Bob loves beer, we decided to meet them out there.

So the beer festival. It’s big. There are a lot of beers and a lot of people. While beer is not my thing (see post on wine tour) I still had a good time watching everyone else enjoy their experience. And honestly, the people watching was pretty fascinating. 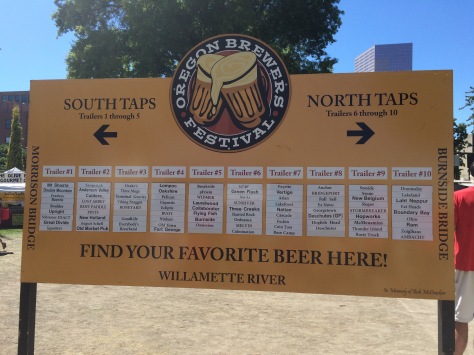 In addition to the beer festival, we wandered around Portland and did a few of the things everyone says you should do when you go to Portland. We toured the Japanese Gardens, which were beautiful and serene. They are not as large as you might expect when looking at a map, but they do take you out of the city and transport you to a different place.

We had a number of recommendations to visit Powell’s Bookstore. This is the largest independent bookstore in the country and it is massive. Taking up an entire city block, and four or five stories, if you can’t find a book here, you aren’t trying. Or, if you are like me, you gave up because of the crowds and minor claustrophobia issue. Had there been a few less people, I could have wandered the aisles endlessly. But … I experienced and Bob found some books he wanted. 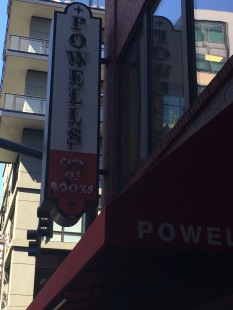 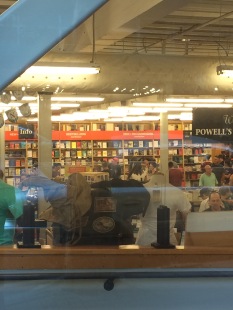 No trip could be complete without a good meal. Bob and I ate at Beast one night. This is one of the few restaurants that people tell you to try and you worry that it won’t live up to the hype. It lived up to the hype. The menu was light and refreshing and downright delicious. And for a restaurant called Beast, there was surprisingly little meat on the menu – yay! We also found a cute little place called Picnic House that had the best sandwiches. We also tried Higgins – a place not far from our hotel that several local’s recommended as a Portland experience. It was good, and the restaurant itself was very pretty on the inside, but it didn’t hold any magic for me. It could have been because it was our last night and I really just wanted to be home by this point. it could have been that I was tired from walked all day for several days. It could be that it was meat heavy and I had already had meat that week. It could have been any number of things, but it was good, not great.

So Portland … the city was interesting and I love the transit network and how walkable the whole city is. I’m not in a rush to get back to the city itself, but I really do want to explore the wine country more and some of the other natural areas outside the city. Maybe even check out the coast.