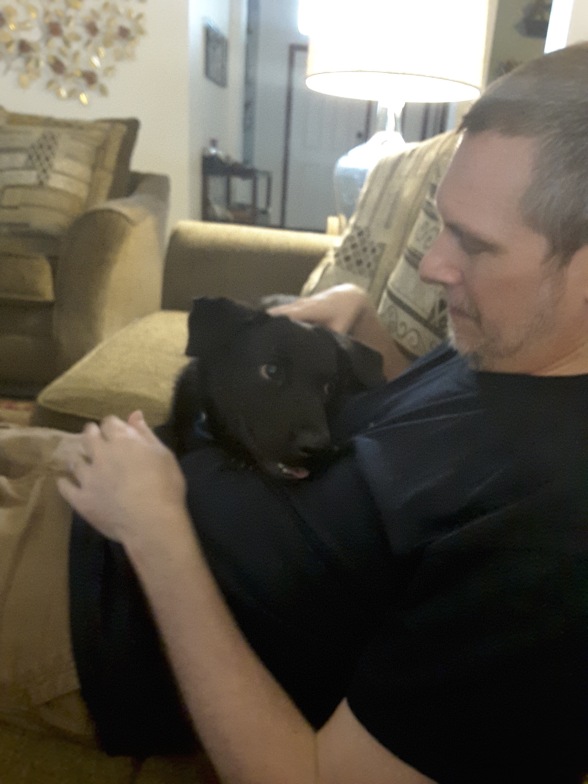 It has been a month! August went by both very quickly and very slowly. Very quickly because there has been all kinds of excitement around the house with the Arthas now firmly ensconced with the family, and the kitties alternating between being ok with this and very unhappy about this. Mostly things have gone well, but every now and then we have an issue. It can be Arthas going on the ottoman in the living room and causing Ms. Leia to go ballistic or Gracie kitten brushing up against the puppy and him reacting as though she is going to hurt him. In those moments, I sometimes feel like a failure for not being able to solve this, and full of guilt for bringing a new pet into the house. But then Arthas or one of the cats does something totally cute and cuddly and I renew my efforts to make this work. 90+% of the time everything is fine … it is just those moments when it is not fine that I question pretty much everything. However, it has only been a month, so we keep going. In rational moments I remember that it took several months for Leia to be ok with Jessie, and given Arthas’s background, it may take more time than that for everyone to work everything out. I love them all and so we will make this work.

In the meantime, I have been back at work, and I finished my fourth class towards yet another degree, with the next one starting tomorrow. As in Tuesday. We also came through the tropical storm just fine. I had a harrowing drive home Wednesday and then didn’t go in on Thursday or Friday for fear of being swept away by flood waters. And no, I am no exaggerating about this. The roads were bad in parts and I am very lucky to be home in one piece after Wednesday. But … I got lots of puppy and kitty time over the last few days – and it will have to last me until November as the week of Thanksgiving is my next time off.

I have also been very …. well, very much in a rut cooking wise, so I am attempting to make things that are different yet still seasonal. We’ve spent the last three months eating tomatoes, corn and zucchini and I’m just about tomato, corn and zucchini’d out. Not that I don’t love those flavors, but I need something different. I do this every time the seasons change. I want new flavors, but I have to wait for them to be in season.  But I should have a few food posts up in the next few days. Not totally exciting, but still not bad.