Today was Oxford. Yes, we were here last time we traveled across the pond, and we will probably head there again on the next visit. But it has everything we need – history, architecture, books and good food. Add a botanical garden and it might be perfect. 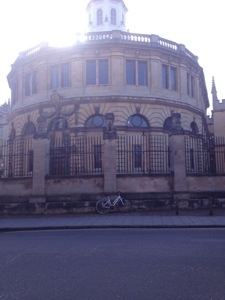 We started out the trip with a tour of the Bodleian Library. Emmie and I were just giddy little school girls from the time we got there. 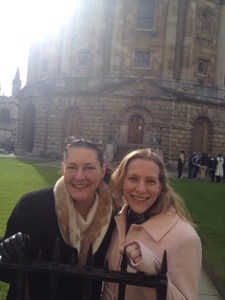 Yes, we went inside the gate that said, “no visitors” but it was worth it. We took the short tour which went through the Divinity School and some of the actual library. We saw (and smelled, although they didn’t let us really close to them) books from the 1600s. We also noticed that the librarian kept an eye on Emmie and I. Apparently we look suspicious around all those books; must be all those old books. But even without the books, the building itself was simply amazing. 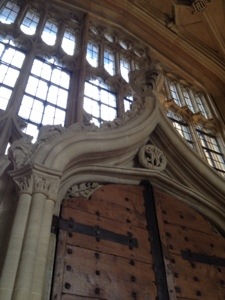 Emmie and I also, apparently, took the same picture of the top of the door – the door that had a cobweb on it. Have I mentioned we seem to share a brain at times? Karen, it looks like it split again. Are we on thirds or a quarter of a brain between us now?

After the library we headed (after wandering a bit) to St. Mary’s church and up into the newly renovated and reopened bell tower. I admit I was a little skeptical about the tower. The church I knew I would like – and they had real candles to light so I was thrilled. (I’d say I was in heaven, but that seems wrong given that we were in a church. I am still a little Catholic.). But, I digress. The inside of the church was incredible. Reverent yet accessible. 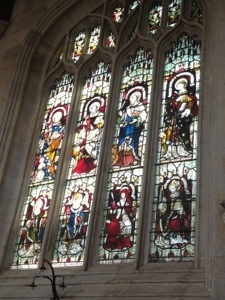 I had a picture of the ceiling near the middle of the church, but it didn’t come out for some reason. It was so different from what we are use to seeing in medieval churches, but I thought it was simply breathtaking. It looked like the night sky. I did get my usual slightly creeped out feeling as I realized that I was walking over graves … some from the 1600s. But I got over it pretty quick when I started reading the inscriptions. 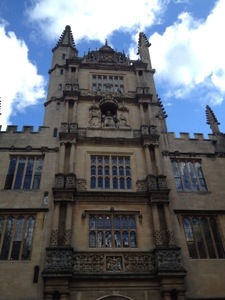 I like views and I like old buildings, but I do get a little claustrophobic in tiny spaces. We started out not bad, and very excited, with the first staircase. 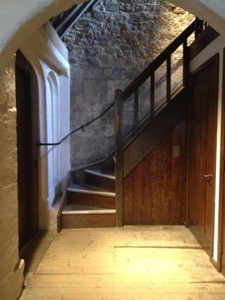 But when we got to the other, clearly older staircase, I had a slight issue. Thankfully Bob was ahead of me and strangers were behind me or I may have really panicked and taken a tumble. But I made it. 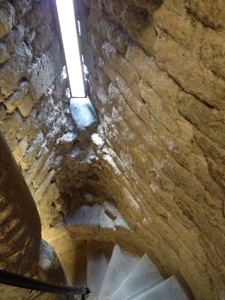 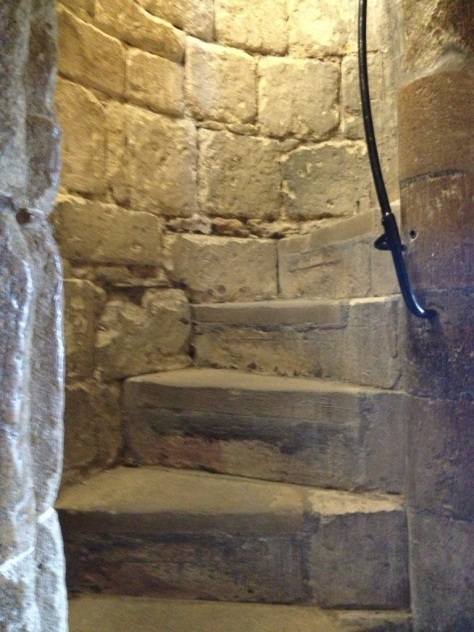 No small feat. This was clearly a medieval staircase with tiny, winding stairs, almost no windows and very short doorways. I had no problem with the doorways, but the rest of it was … interesting. The views, however, more than make up for the climb. 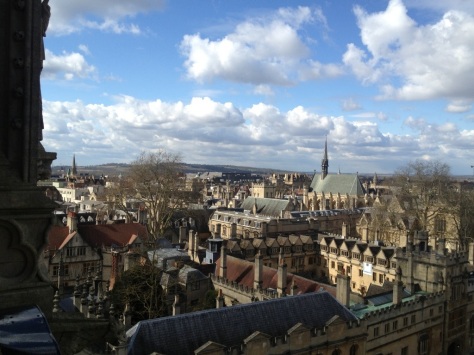 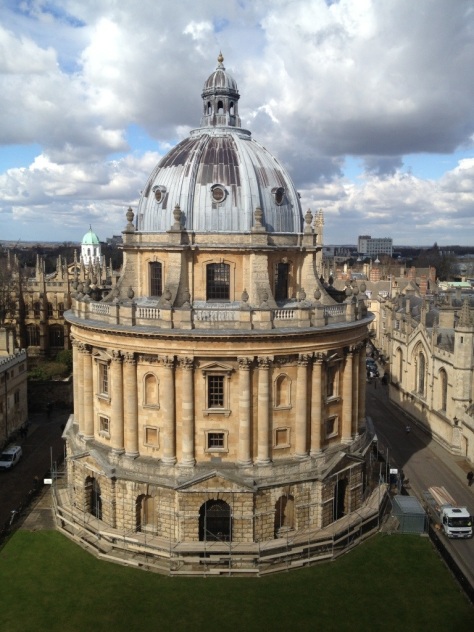 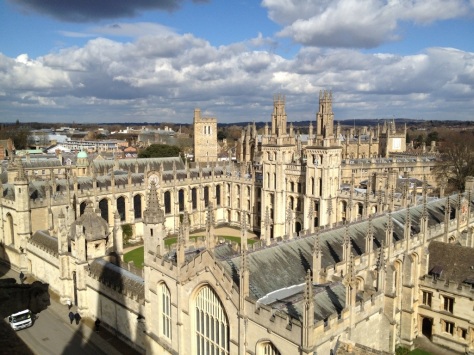 And yes, Mom, I did make sure there were a few pictures with people 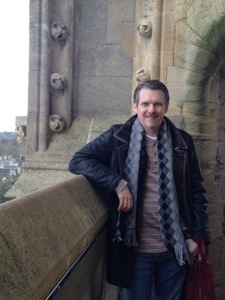 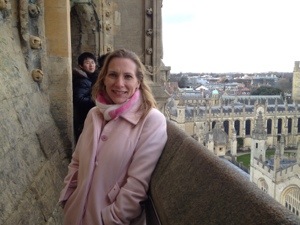 After this adventure we had lunch at our favorite Oxford pub. 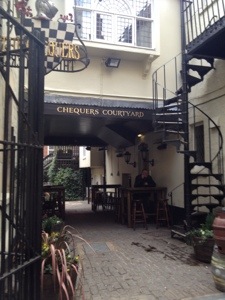 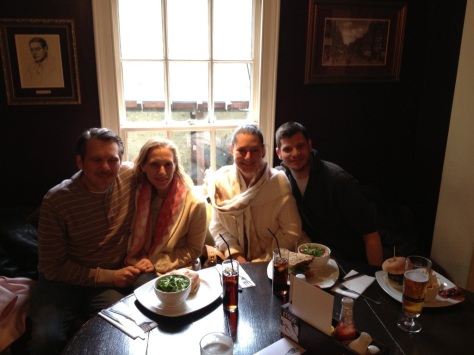 One thought on “A Library, A Church and good food”